Kanjizai's tactical Jiu-Jitsu in Baltimore, Maryland, is designed to provide training emphasizing the original battlefield techniques of traditional Japanese Jujutsu. This will include a large array of modern weapons training, strategies for defending against multiple attackers, extensive striking techniques, weapons disarms, and much more. Kanjizai's Tactical Jiu-Jitsu curriculum gives students extensive tools that go far beyond the scope of your typical BJJ class.

If you really want to know what you are getting out of your training with tactical Jiu-Jitsu in Baltimore, Maryland, you will learn how to defend against multiple attackers, how to use a knife or other improvised weapon, how to take note of your exits in public spaces, or how to counter an opponent with a club or blunt object. These techniques, along with many still found in modern Jiu-Jitsu​, are part of a living, breathing combative art that continues to evolve and thrive to this day.

FROM ROOT TO BLOSSOM

Older schools of Jujutsu relied primarily on weapons training (Buki Waza), as they were focused on battlefield and combative applications. The unarmed techniques in these schools relied primarily on joint locks (Kansetsu Waza), throws (Nage Waza), and chokes (Shime Waza) to defeat heavily armored opponents on the battlefield when weapons were broken or lost. As time passed, Japan became a peaceful nation, and the era of the Samurai came to a close.

Some traditional ryu-ha (schools) evolved with their nation, and began to emphasize unarmed and unarmored combat. The warriors keeping Jujutsu alive were no longer on the battlefield. They were in the arenas, and in the streets. Jujutsu was no longer reserved for the ruling Samurai class, and average Japanese citizens found that these arts were quite effective for day-to-day self defense. Striking techniques (Daken Gata) and ground fighting (Newaza) became increasingly important, and new styles of Jujutsu began to develop.

On the battlefield, ground fighting was designed to eliminate a threat, and return the practitioner to their feet as quickly as possible. When Jujutsu's emphasis shifted from combat to self-defense, many schools found ground fighting to be a key ingredient for success. In the late 19th century, Jigoro Kano would create Judo from the several Jujutsu ryu-ha he had studied. His new art focused primarily on throwing techniques, but quickly expanded to include extensive ground fighting techniques from both Jujutsu and Western Wrestling. The fighters focusing on these ground techniques quickly proved their effectiveness. Many of these fighters made their way to Brazil where they could test their skills in the infamous Vale Tudo fighting competitions there. When newaza master, Mitsuyo Maeda, began training Carlos Gracie, who later taught his younger Brother Helio Gracie, the stage was set for the next revolution in martial arts, and Jujutsu would become Jiu-Jitsu.

When our customers hear about our offer for tactical Jiu-Jitsu in Baltimore, Maryland, many often think that it is strictly combat-based self-defense (or more aggressive). Given Jiu-Jitsu's origins in self-defense, we want to stress the factor that none of our teachings are strictly for initiating combat. Yes, they may have originated on battlefields from long ago, but we are not here to promote our trainees into combat or fights in general. We put this reminder here because many people, after hearing the history and warfare influences on the creation of Jiu-Jitsu, rush their decision and do not appreciate the more reactive tendencies of our program. We firmly believe there is a martial art out there for everyone, so take the time to find the right one for you. ​
SIGNUP for 10 days FREE 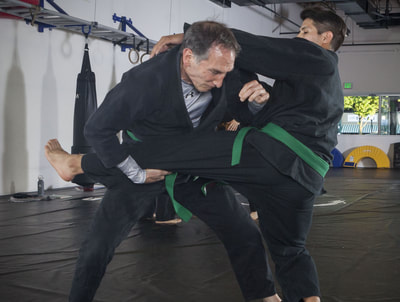 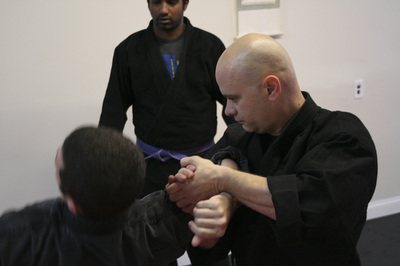 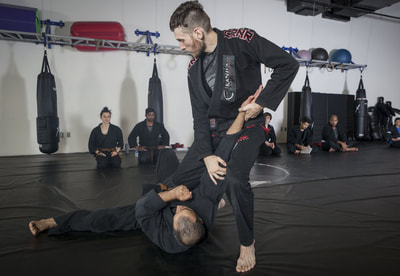